CLIFFORD TOWNSHIP PA – What could pumpkins, a dinosaur nest, and a blue stone labyrinth possibly have in common? And what part does a grape vine tunnel, four colorful doors, and a Native America long house play? Add some youth to this fun scenario, and the answer is really far less puzzling than it might seem.

“We’re building something very unique to the area,” said Shirley Granger, a retired teacher and co-coordinator of the new Children’s Garden being built by the Clifford Township Historical Society (CTHS). “The idea was first conceived by Sandy Wilmot, our group’s President,” said Granger. “Sandy had visited a children’s garden with her twin grandchildren in Ithaca NY and came away absolutely enthralled with the concept. It didn’t take her long to plant the seeds of her idea among the members of the township’s Park and Recreation Committee and get things rolling.” Blending Mother Nature, the area’s own rich history, and its inherent ecology, Clifford’s one-acre Children’s Garden — which will be built adjacent to the current playground and alongside Cemetery Road — promises to be more than just a local playground. “Children’s gardens are a growing trend for active community playgrounds,” Granger added. “And ours will be a very special place where children can do more than play on swings and a slide … they’ll learn too, as the garden will offer excitement and fun in a safe, fenced-in-atmosphere that both youth and adults will find educationally enjoyable and literally enchanting.”

While Wilmot conceived and promoted her initial concept and she and Granger have countless ideas as to what to include in the garden, nearly a dozen local youth have already shared their own thoughts about the project and look forward to its construction throughout the summer. “The small-scale layout I’d presented to the Recreation Committee has served as a basis,” she said. “But during get-togethers in my kitchen, the kids themselves came up with some great ideas for planning and building the garden. The intention is that the kids take ownership of the garden … it will be theirs to help plan, paint, pull weeds, build, and enjoy for themselves and future generations.” 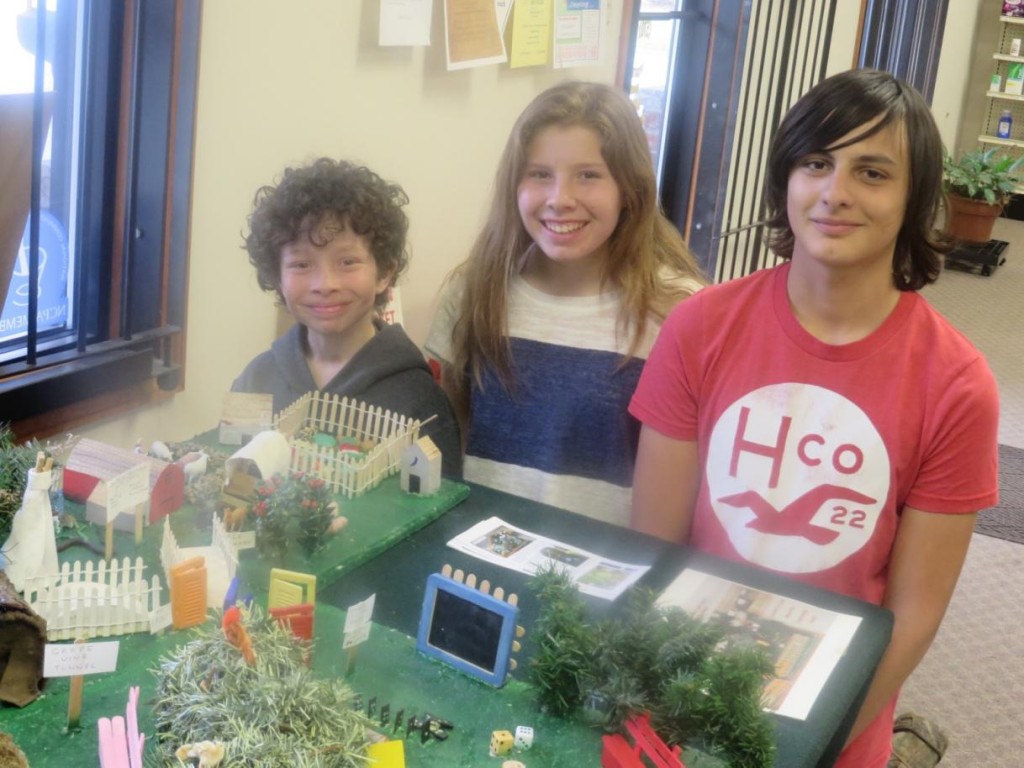 Elkdale’s ten-year old Tyler Keating and his sister, Isabel, 13, got involved “because this is going to be our garden, and we want to help plan what’s going to be in it,” Tyler said. “I love building things, so working on this garden is going to be fun. My favorite part is the life-sized dominoes in the play area because we can then crash down them down like I do with my erector set! I’m really excited about the music meadow, too, and the instruments made of recycled materials. We can bang on them and make lots of noise.”

“We can use our imaginations with some silly stuff too, since a lot of the garden will be made with natural materials and things we can create ourselves,” Isabel said. “My friends and I like history, most of us have grown up in this area, and there’s a lot to learn about things around us. The garden will also be a safe place for kids to play and learn, and there will be storyboards throughout the garden. Our parents and grandparents can come too. It will be good for the whole community.”

Keating’s neighbor and Wilmot’s part-time farmhand, 14-yr. old Josh Myers, said he is especially looking forward to building the long house. “Frank Little Bear will come back to continue teaching us about the Native Americans. We’ll learn how to scrape the tree bark to build the house and the surrounding camp. It won’t be just a teepee like on TV, but a real house that kids can go inside to play and learn while having fun. Frank Little Bear will be teaching us and telling stories about the times long ago.” 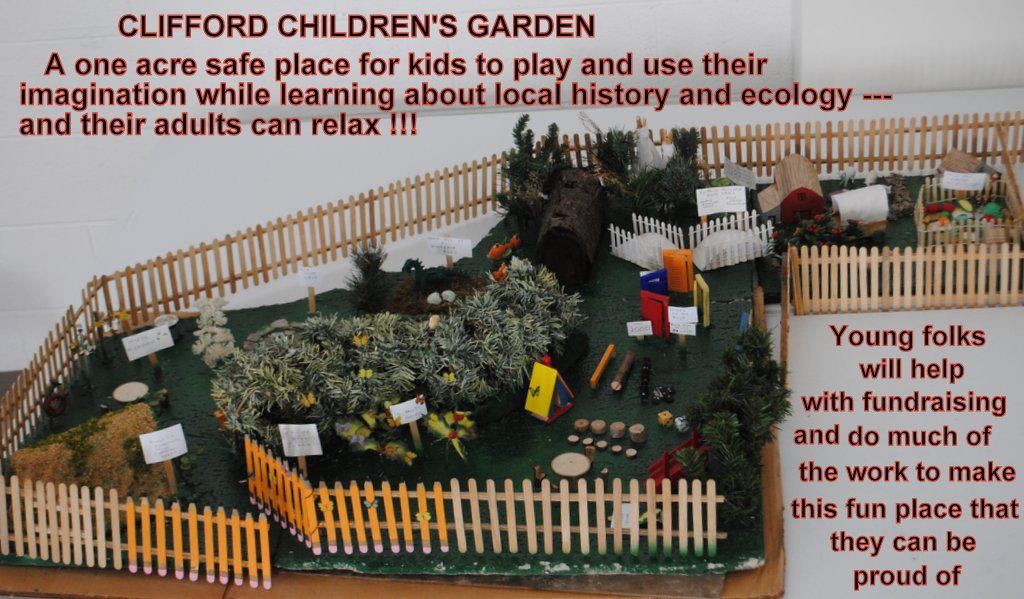 Among some of the many other special items planned for Clifford’s Children’s Garden will be a mini-mine shaft. “This will really be cool,” Josh added. “It will be a replica of the old Clifford Shaft, which was the area’s northernmost end of the anthracite coal vein. We plan to use actual coal like they used to dig.” The youth themselves also conceived the idea of the design’s four colorful doors, replicating entryways to the past that connect yesterday to today and lead to tomorrow. A sister garden will also be included amid the Native American Village. Helping to further make nature and history fun for everyone, corn will be planted upon which pole beans will grow, while pumpkins will sprout and grow beneath the stems and stalks, each plant helping its sister to grow stronger and healthier.

The model of the Children’s Garden is on display at the Endless Mountains Pharmacy in Clifford. As Wilmot explained, the eventual Children’s Garden will be cost free for everyone to enjoy but funding for the project is being provided through grants and local fundraising activities. “The Historical Society is applying for a $4,000 mini-grant from the Endless Mountains Heritage Region to help construct the garden, and it will require a 100 percent match,” she said. “So, local fundraising is very important. To help toward this effort, the kids have distributed pink piggy banks throughout 11 local Clifford stores to collect donations.” Tax-deductible donations may also be sent to the Clifford Historical Society, PO Box 161, Clifford PA 18413.

For additional information about the CTHS or to share and participate in their various activities, contact them at 570-679-2723, or at www:cliffordtownshiphistoricalsociety.org. Known locally as “the little society that does big things,” CTHS Director Sandy Wilmot believes that the Children’s Garden will be another project that will make the Society, the youngsters involved, and the entire community proud.