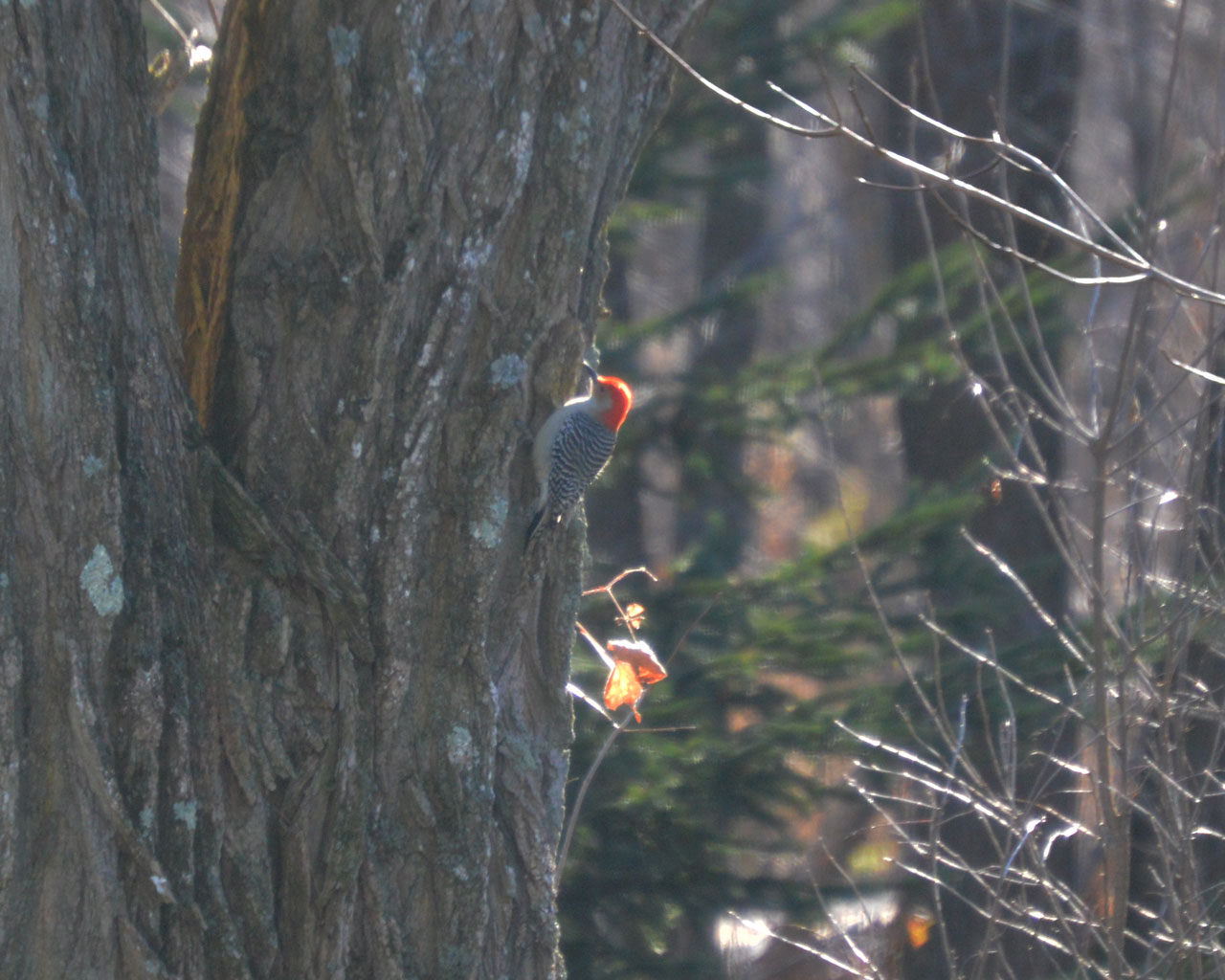 Wikipedia reports:
The red-bellied woodpecker (Melanerpes carolinus) is a medium-sized woodpecker of the family Picidae. It breeds mainly in the eastern United States, ranging as far south as Florida and as far north as Canada. Its common name is somewhat misleading, as the most prominent red part of its plumage is on the head; the red-headed woodpecker, however, is another species that is a rather close relative but looks quite different.