With highs forecasted to venture into the teens every few days, and lows unspeakably cold for the foreseeable future, it’s nice to be reminded of unrelenting warmth.

Now cast in front of a winter landscape, she bloomed last June and held her blossoms until November.

Separated from sub-zero air by a mere pane of glass, this orchid plant’s buds swell bigger day by day; promises of color and scent from far away tropical lands. 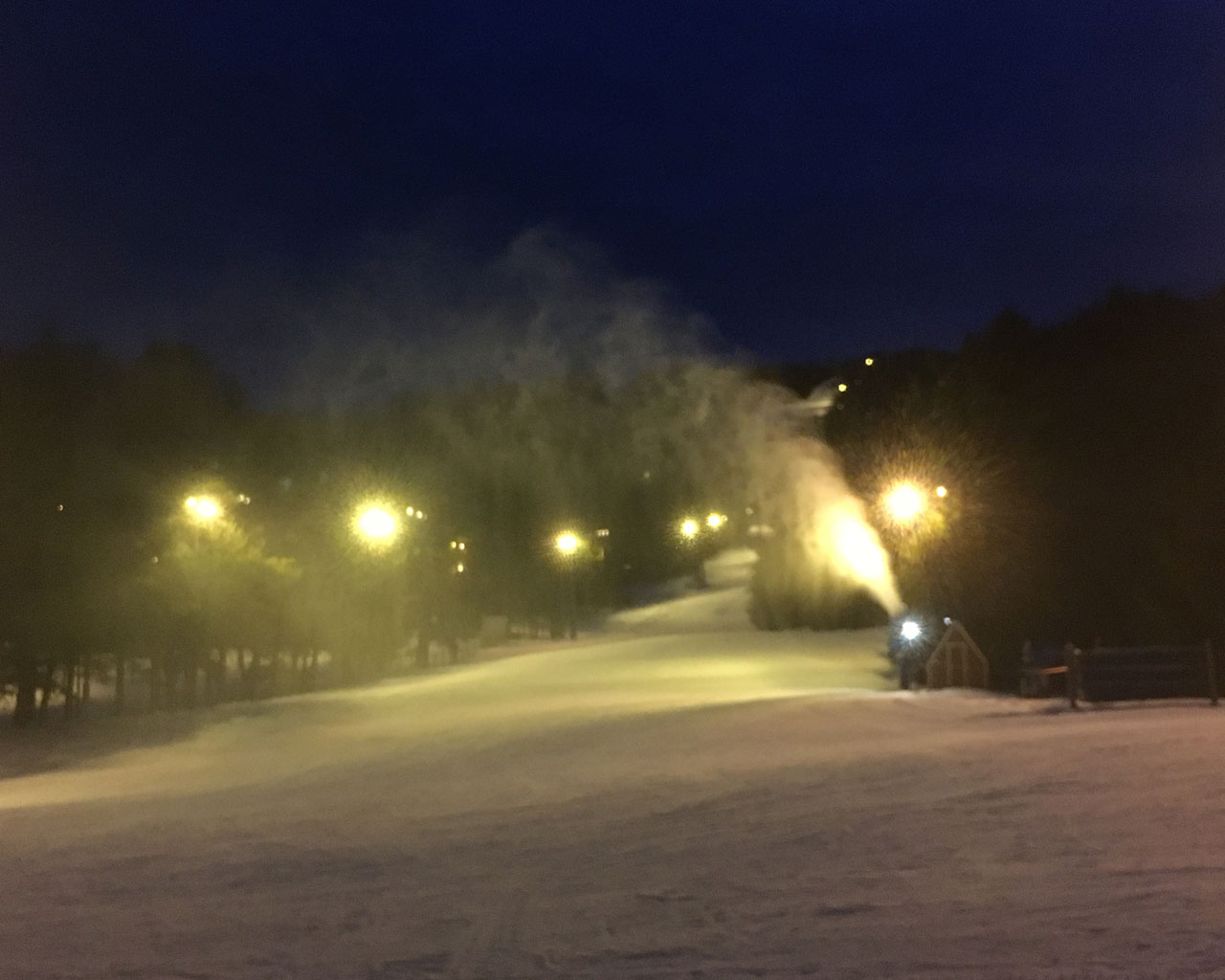 Beautiful mid-winter conditions are the result of all the snow making the Elk Mountain “Guns and Hoses” crew has been up to.

A few hours of wet weather to endure, then they’ll be back on the job keeping the guns going through some optimum snow making temperatures forecasted through next week. 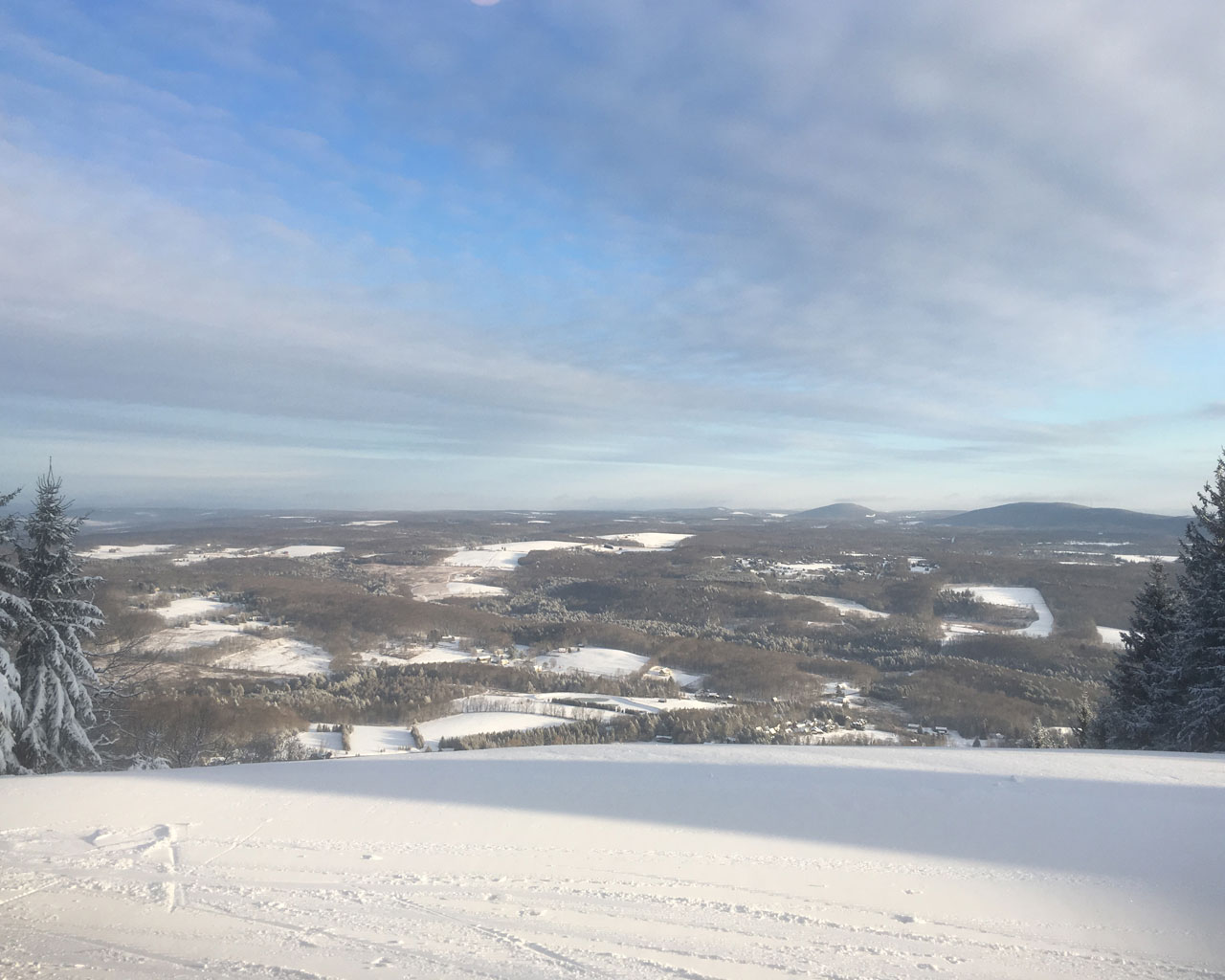 Some seasons start damp and dreary. Some as cold and pristine as a February day. It usually take another couple of weeks before it seems comfortable to be in such cold. 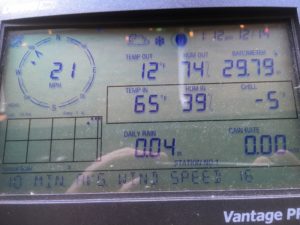 This year, however, it just feels good. Feels right. Gonna go with it. 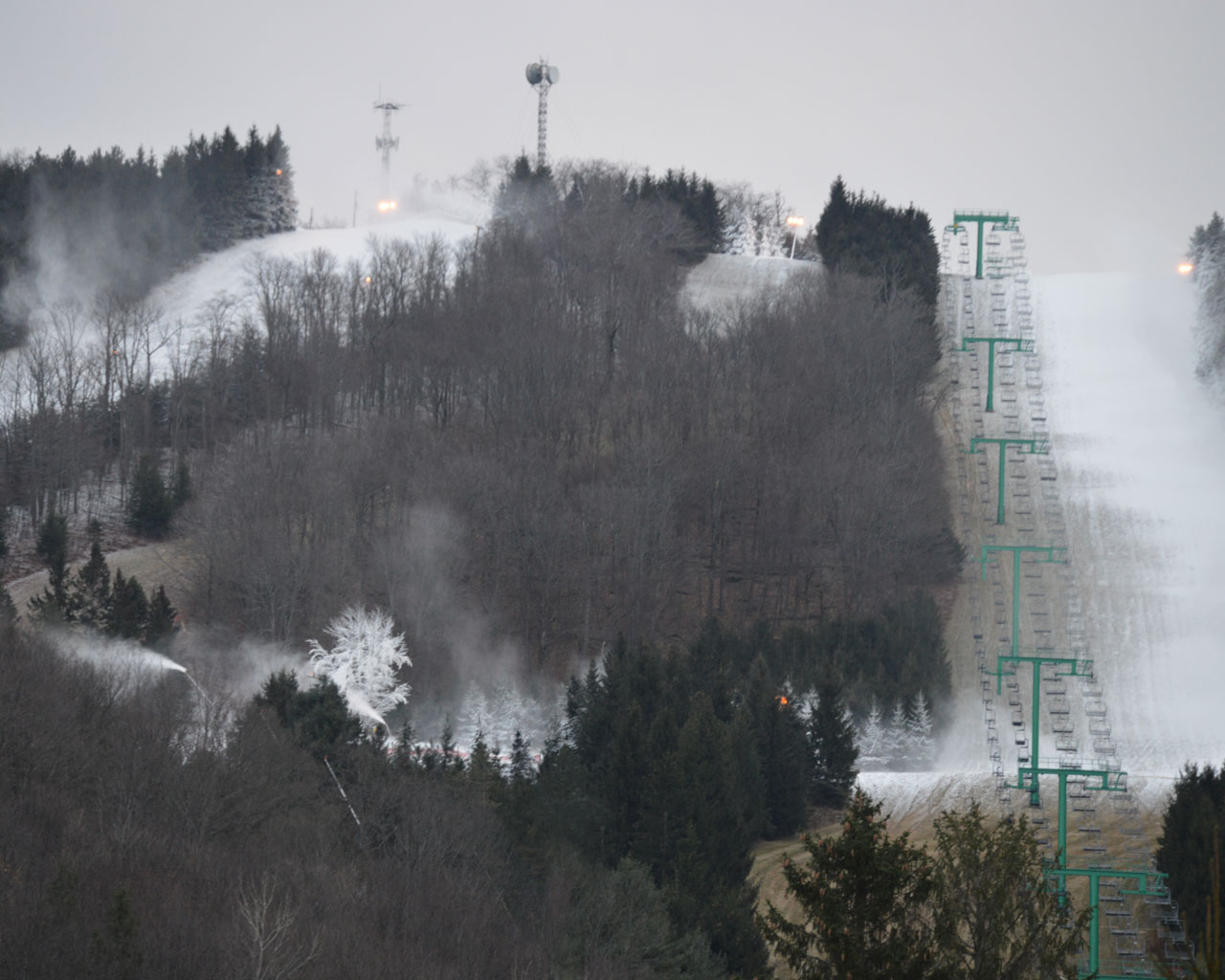 Busy with winter preparations and with unseasonably mild weather up until this week, I pretty much forgot about winter itself.

As initial snowmaking concentrates on the north west trails, the trails facing my backyard have been unilluminated. Last week or so, the Delaware lights were lit during the day. “Tony probably testing the lights, and making final adjustments before the season.” I thought to myself.

For the past few days, the steady low roar of the snow guns round the clock, is unmistakable.

The other night while having some soup at Chet’s Place, Brad comes by my table with a look in his eye and says “Prolly this week…”.

Jack then turns to me, “You ready?” more of a statement then a question. I think a moment, and utter a low “yeh”.

NOAA says snow and cold, some of it single digit, for the foreseeable future.

Work last nite and tonite bartending for people enjoying themselves and each at their holiday banquets. Pay some bills tomorrow. Stock up on food and supplies monday. Maybe cook some to put in the freezer. 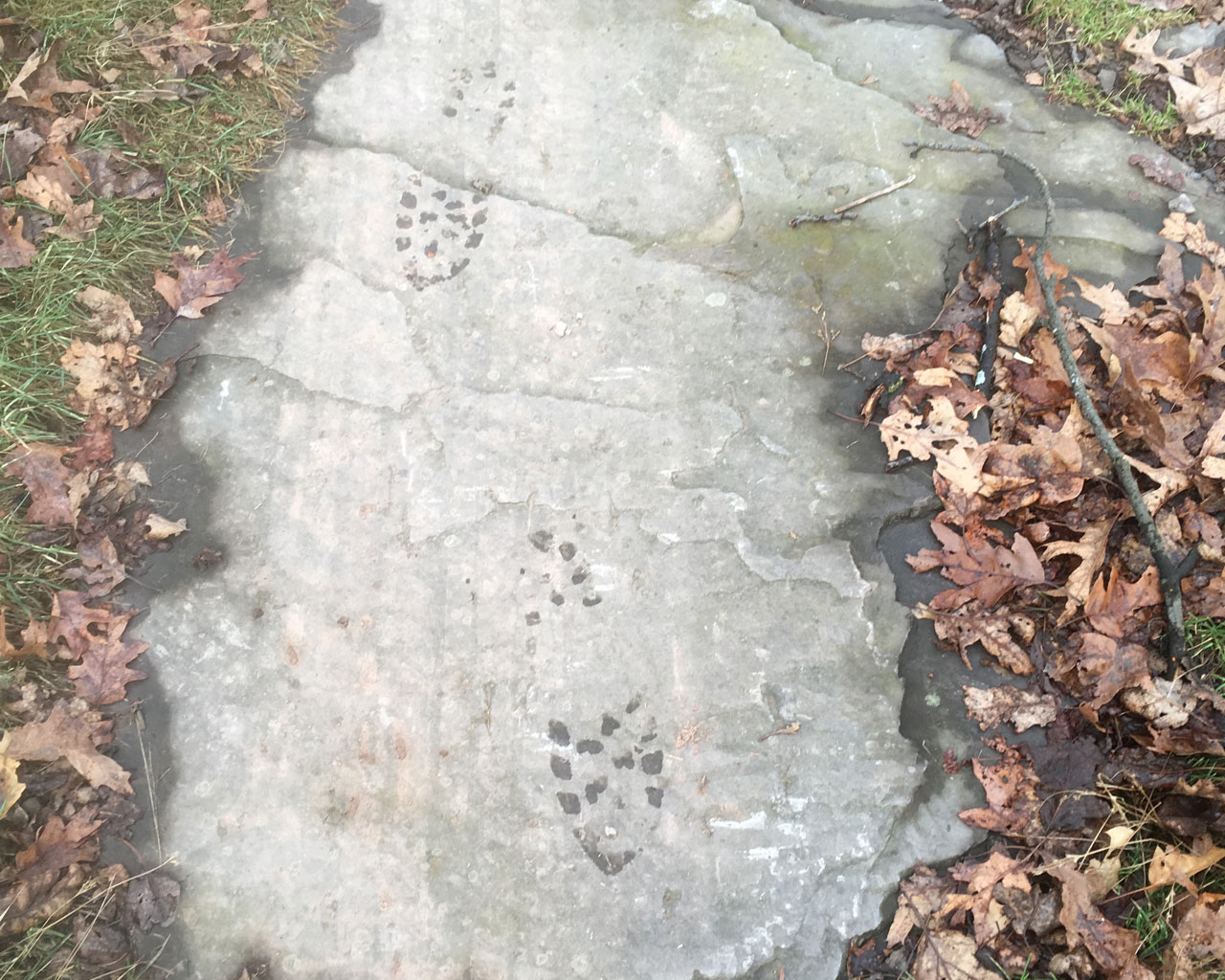 Turned around on a recent hike to enjoy the view, and noticed the tracks my wet boots left on a piece of bluestone.

Soon, that same piece of bluestone will lay beneath several inches of snow, and if we’re lucky, maybe a couple of feet.