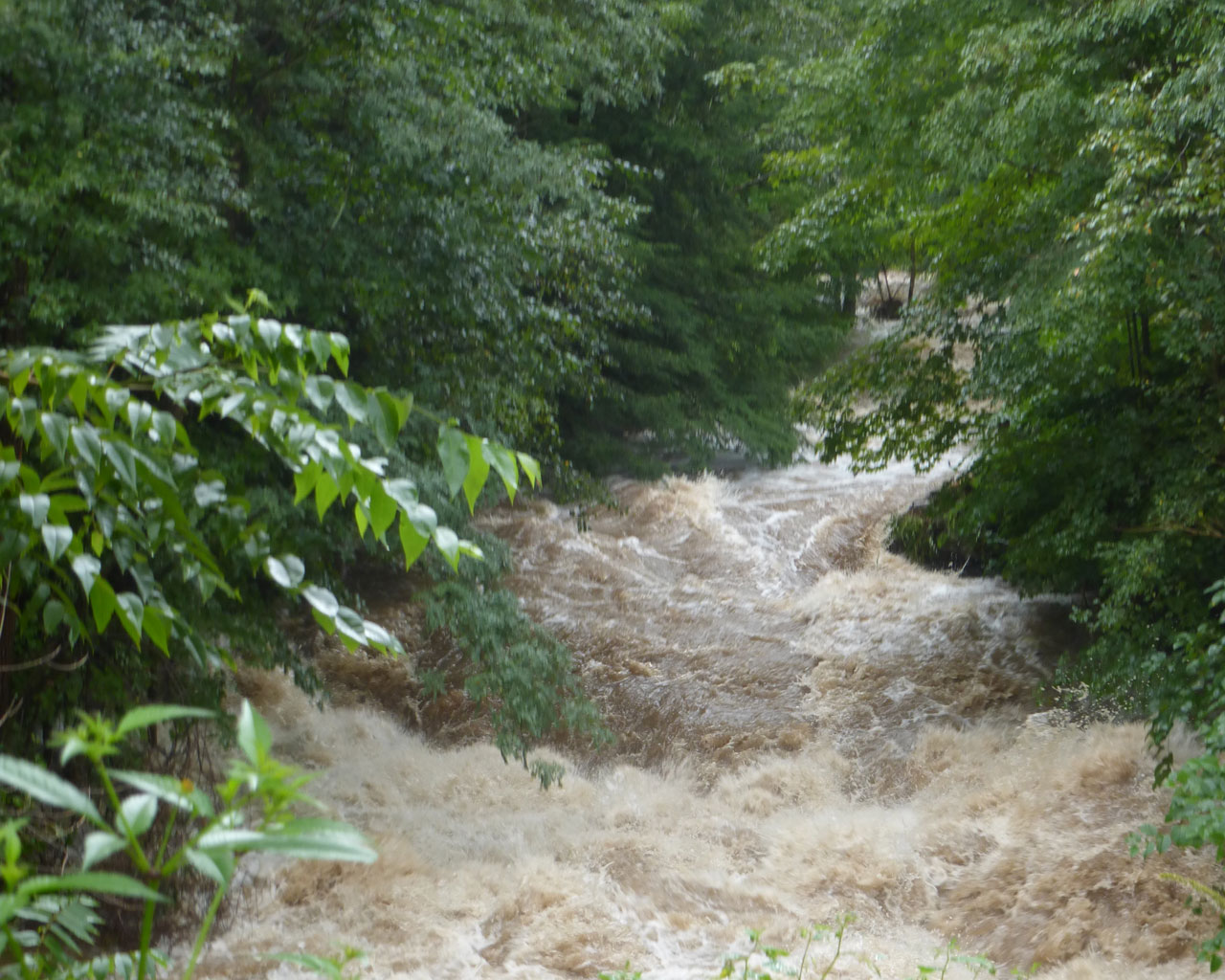 Earlier this week, this was the view of Tinker Creek immediately before it joins the East Branch of the Tunkhannock Creek.

Usually, this view shows beautiful stone ledges with small, but graceful waterfalls. The other day, however, this ‘babbling brook’ transformed into a ‘raging river’.