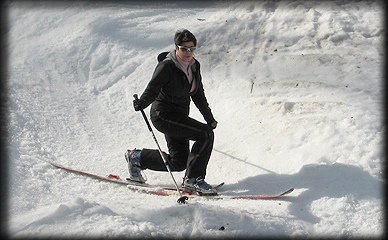 Wikipedia reports that Telemark skiing (also known as free heel skiing) is a form of skiing using the Telemark turn. The skis used for telemarking have a binding that only connects the boot to the ski at the toes, just as in cross-country skiing.
The technique is named after the Telemark region of Norway, just as the stem Christie turn was named after Christiania (now Oslo), Norway.

As well as inventing the Telemark turn, Sondre Norheim and his fellow skiers used and refined parallel skiing techniques. Thus, while the Telemark is part of early skiing’s foundation, parallel techniques are of equal importance.

Check out Telemark events at http://www.telemarknato.com/schedule.html You’ll see an event scheduled to be held at Elk Mountain in early March. 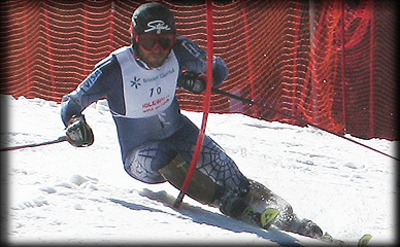 Elk Mountain hosts some of the finest young skiers as they compete in the Wilburger and Kilgore Memorial junior ski races.

Some of us remember competing in these races decades ago. Over the years, some racers left Elk Mountain and went on to compete and coach at the national level. Some of us never left, and continue to watch new generations of ski racers grow up racing on the hill.

How good are Elk Mountain ski racers? The current crop of racers are some of the best ever; about himself, the Hill Dog says, “The older I get, the faster I was…”