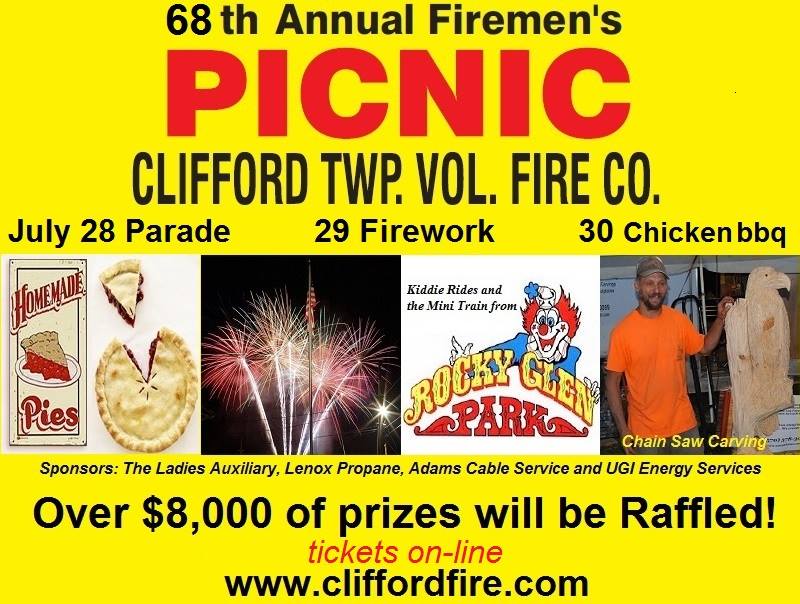 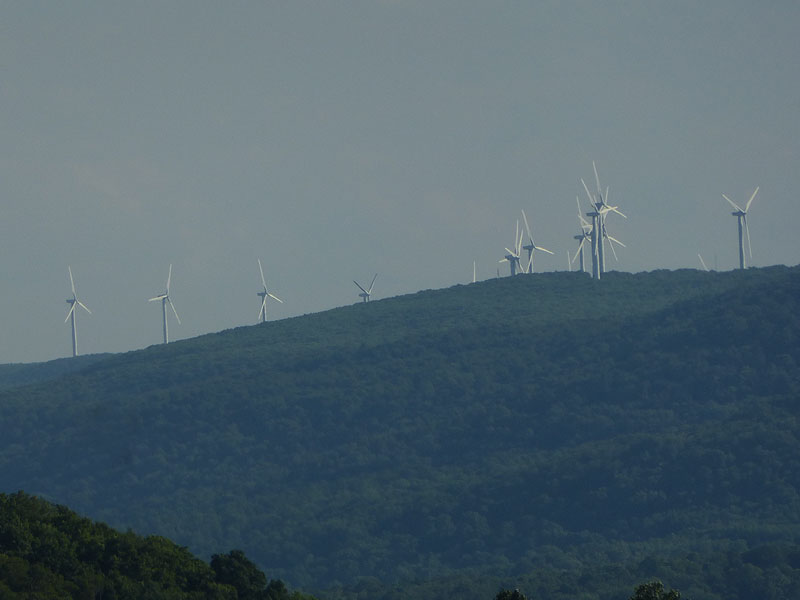 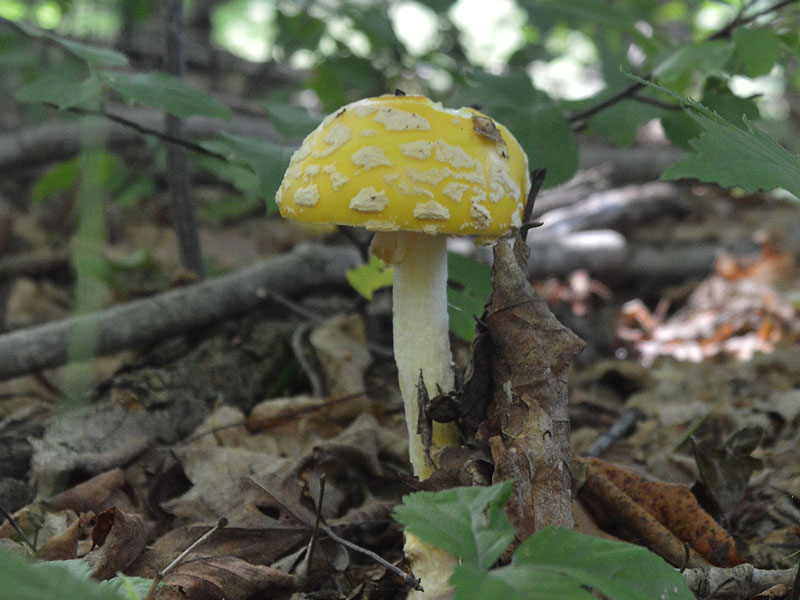 Region: Eastern/northeastern North America. From northeast Canada, as far south as the Appalachian mountains of North Carolina and Tennessee, and as far west as the great plains (Michigan is the furthest west point where the subspecies has been collected).

Habitat: Mycorrhizal primarily with conifers, but can also occur with some deciduous trees.

Characteristic Features
Volval material is cream-colored
The cap ranges from orange to yellow-orange, much paler than with typical var. flavivolvata, even in young specimens

This eastern North American species is often mis-named as Amanita muscaria var. formosa, and not without good reason. It is essentially a formosa-like variant of the North American clade of the muscaria group.

DNA studies have not yet shown that all guessowii are descended from a single ancestor, and its possible that the yellow cap is simply a common polymorhism in eastern fly agarics. Therefor it’s possible that the term var. guessowii will become obsolete, and the mushroom will simply be known as the yellow form of Amanita amerimuscaria. If it can be demonstrated that this variety is monophyletic (descends from a single ancestor), then it would likely be renamed to Amanita amerimuscaria var. guessowii. 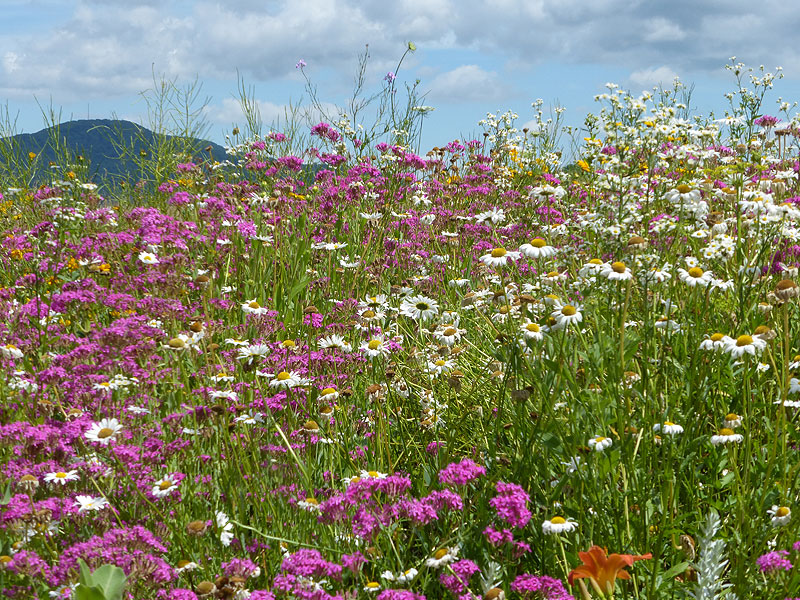 Just south of Dundaff corners, this array of wildflowers brightens the right side of the road. The South Knob of Elk Mountain stands sentinel.

In “The History of Dundaff”, the author,  Margaret Strom notes: “Why, there was a Dundaff before there was a Carbondale or Scranton…. The first white man to make Dundaff his home… was Benjamin Bucklin. Another source indicates that one Melaina Mills, was the first white child born in Dundaff. She was born November 19, 1798. Bucklin began to clear land in 1799, but it was not until the summer of 1803 that he brought his family. He became the first permanent resident, and apparently build the first dwelling, a log house.”

A portion of an advertisement pamphlet included in “The History of Dundaff” lists Fern Hall as opening to the public on June 1, 1900, with the following description:

“FERN HALL is a new hotel of comparatively moderate size, capable of accomodating about 100 people, and no great number will be received at any time. It is situated in the Southeastern corner of Susquehanna County, Pennsylvania, 2000 feet above the sea level, on a spur of the Blue Ridge and Allegheny Mountain, and is about 200 yards from the shore of Crystal Lake.” 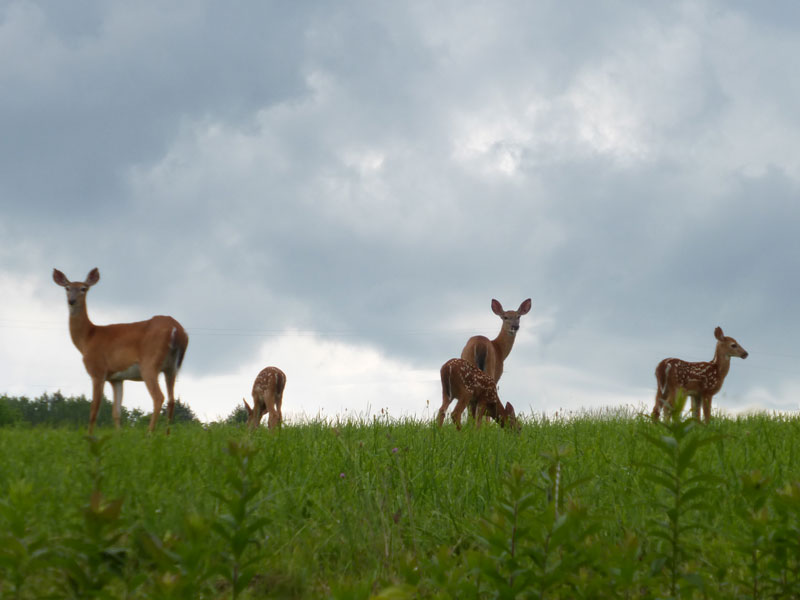 These young mothers tend their fawns under mid-summer afternoon skies.

Just born, these babies are not much bigger than Dog, and not nearly as old and wise.

Still unacquainted with the dangers of roads and humans, it’s best they stay with mother for a while yet.