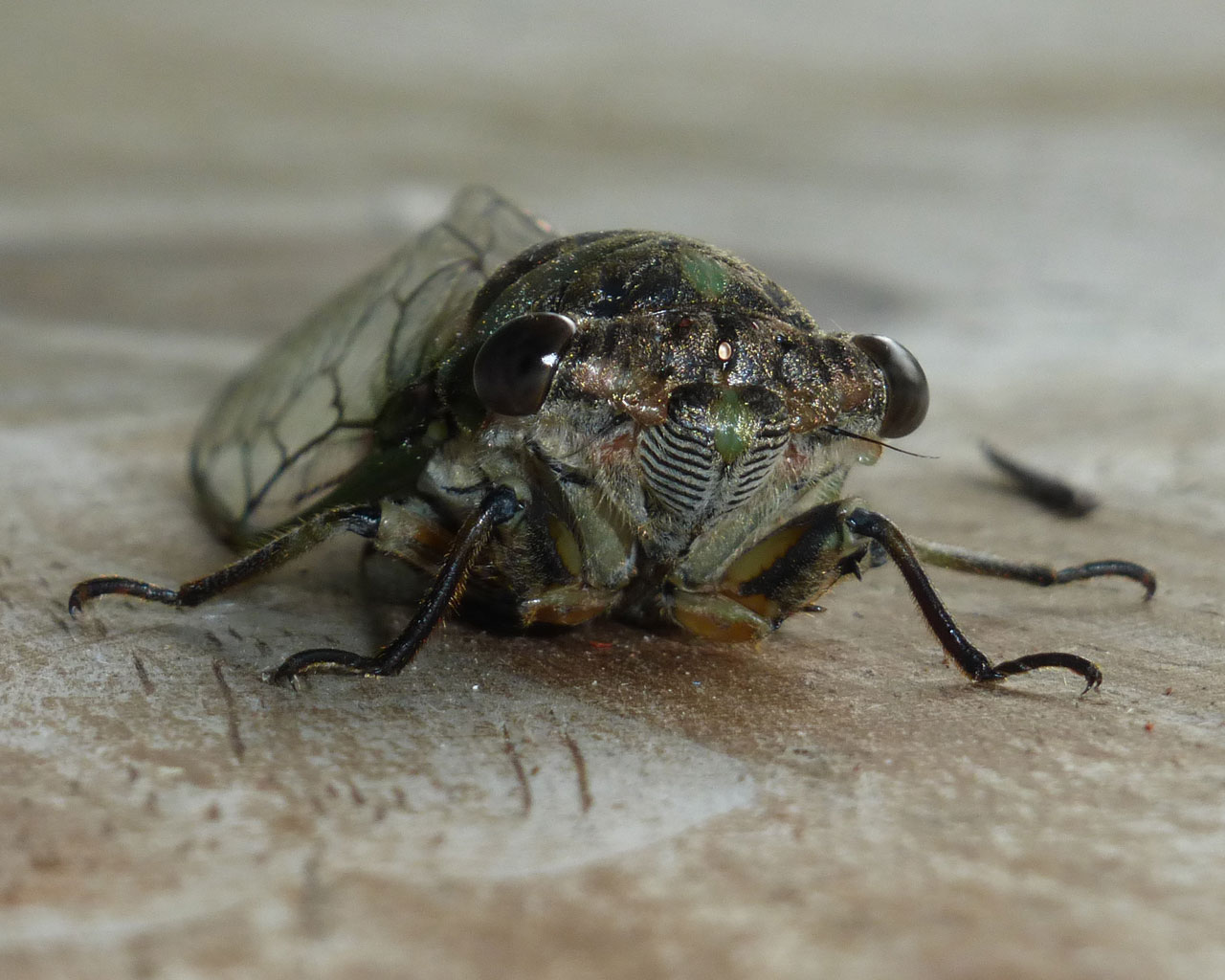 This creature stopped by the patio for a few hours this morning, and was quite cooperative in having it’s picture taken.

This photo I think best showed off the detail of it’s beautiful striped and furred face.

Cicada’s are the source of the high pitched sound that seems almost like a buzz saw.

The genus Neotibicen are large-bodied insects of the family Cicadidae that appear in summer or early fall in eastern North America. Common names include cicada, harvestfly, jar fly, and the misnomer locust…

Neotibicen species are the most common cicada in the Eastern United States. Unlike periodical cicadas, whose swarms occur at 13- or 17-year intervals, Neotibicen species can be seen every year, hence their nickname “annual cicadas”…

Neotibicen cicadas are 1–2 inches (25–51 mm) long, with characteristic green, brown, and black markings on the top of the thorax, and tented, membranous wings extending past the abdomen… 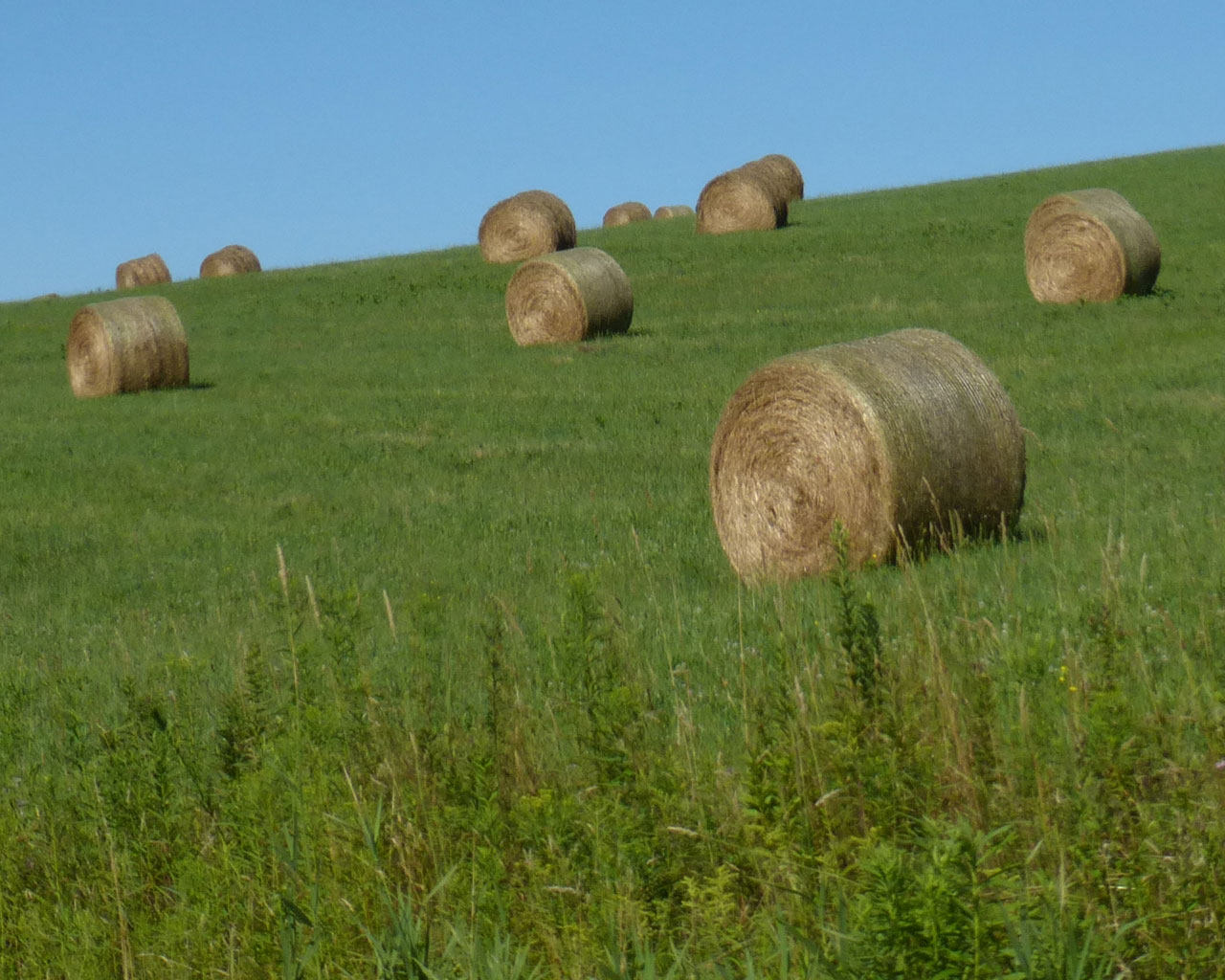 One day dotting the landscape, the next day, as if by magic, and a lot of hard work, fields left empty readying for next cutting.

It’s the peak of the summer, evidenced by nights that now dip into the 40’s, and the Clifford Fireman’s Picnic! 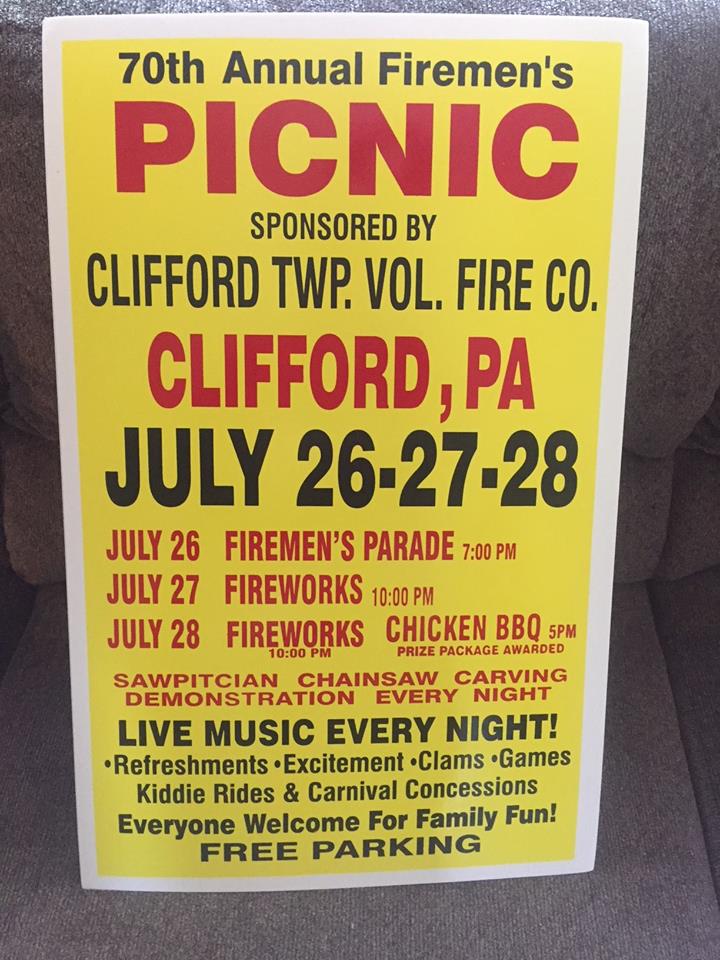 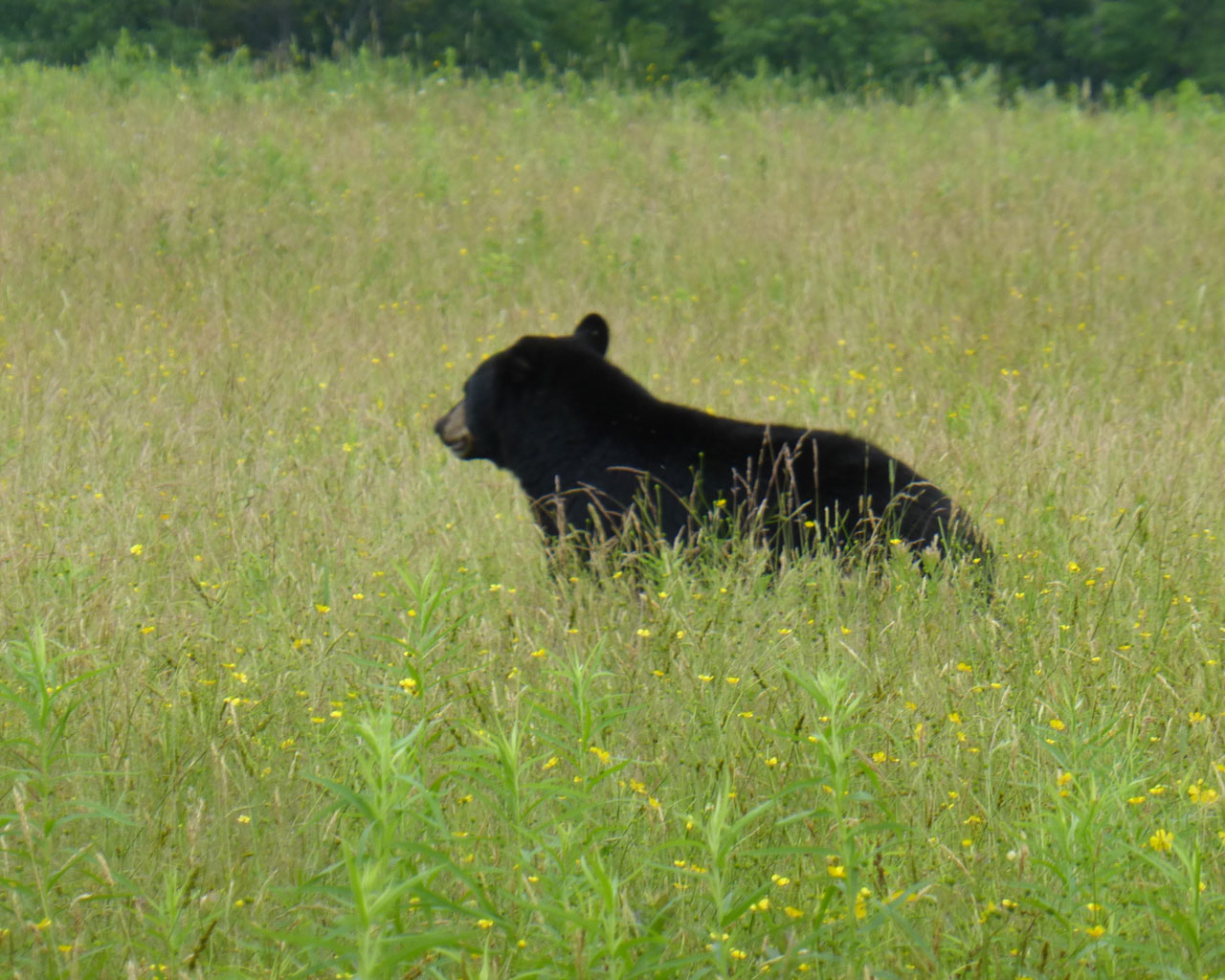 On the way to breakfast last week, this fellow was out for an amble through the state game lands.

I rolled down my window, and hollered “Hey, hey you!”.

He made it clear that he had heard me by taking a couple of faster steps in the direction he was headed.

He also made it clear that he had absolutely no interest in conversing with me, as he refused to even look in my direction.

As another car approached, I put my arm out the window, directing the other drivers attention to the bear.

“See the labrador over there?” I asked, as at this distance, the bear could have easily been mistaken for a dog at first glance.

“Why that’s a bear!!” the woman exclaimed as we all laughed.

“I’ve been coming here for 68 years, and this is the first time I’ve seen a bear!” It was nice to share the experience with her.

Later breakfasting at Arlo’s a couple and their two young children sat next to us. We told our story, and the young boy told his story of having seen two dogs chase a bear just the day before! 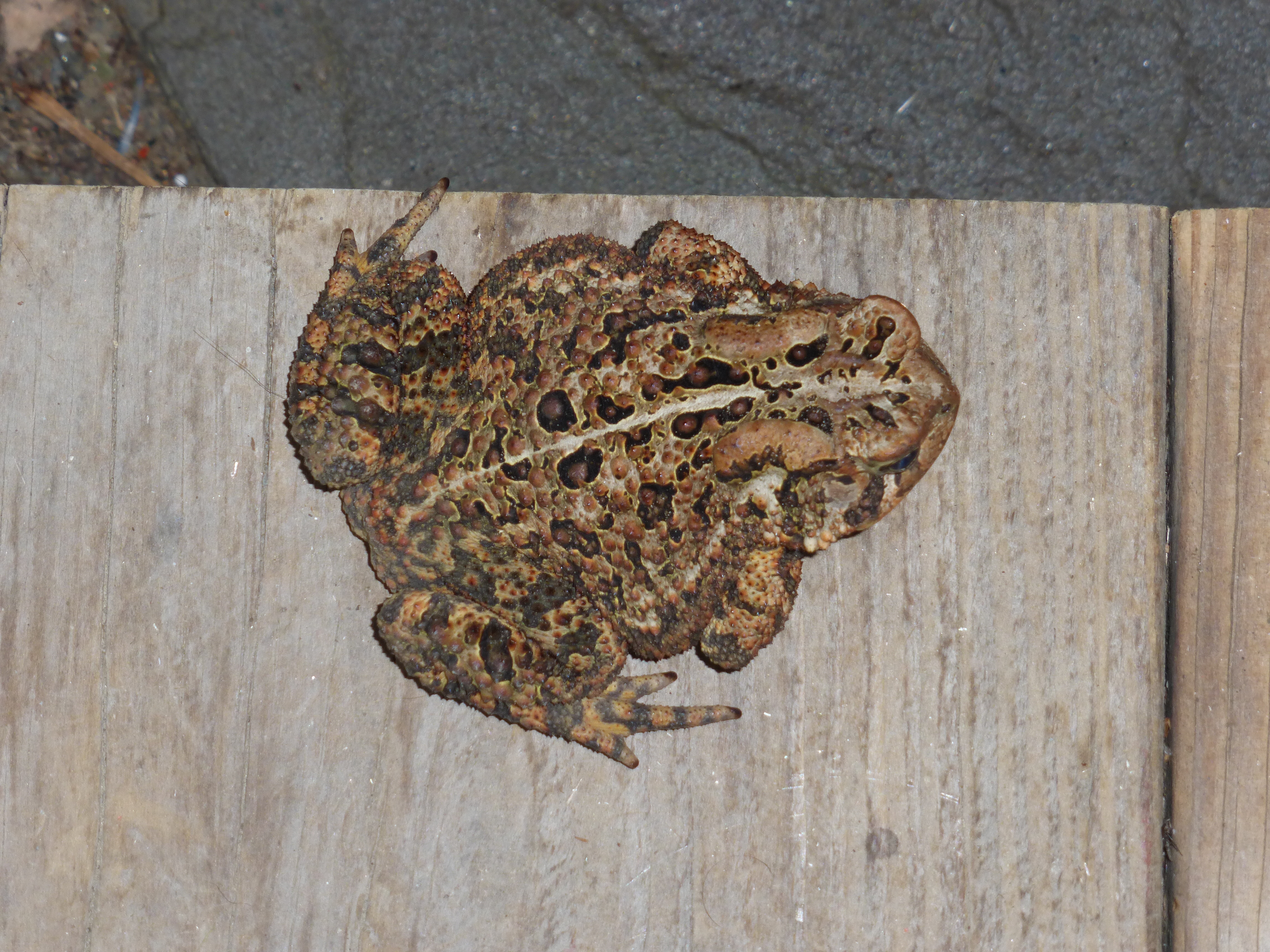 The recent heat wave drove us to sleep on the patio.

One morning upon awakening, I noticed Mr. Toad nestled not far from the futon.

Figuring he’d eat some bugs, I left him be. By the next morning, he was gone, probably on to the next pond in search of companionship.