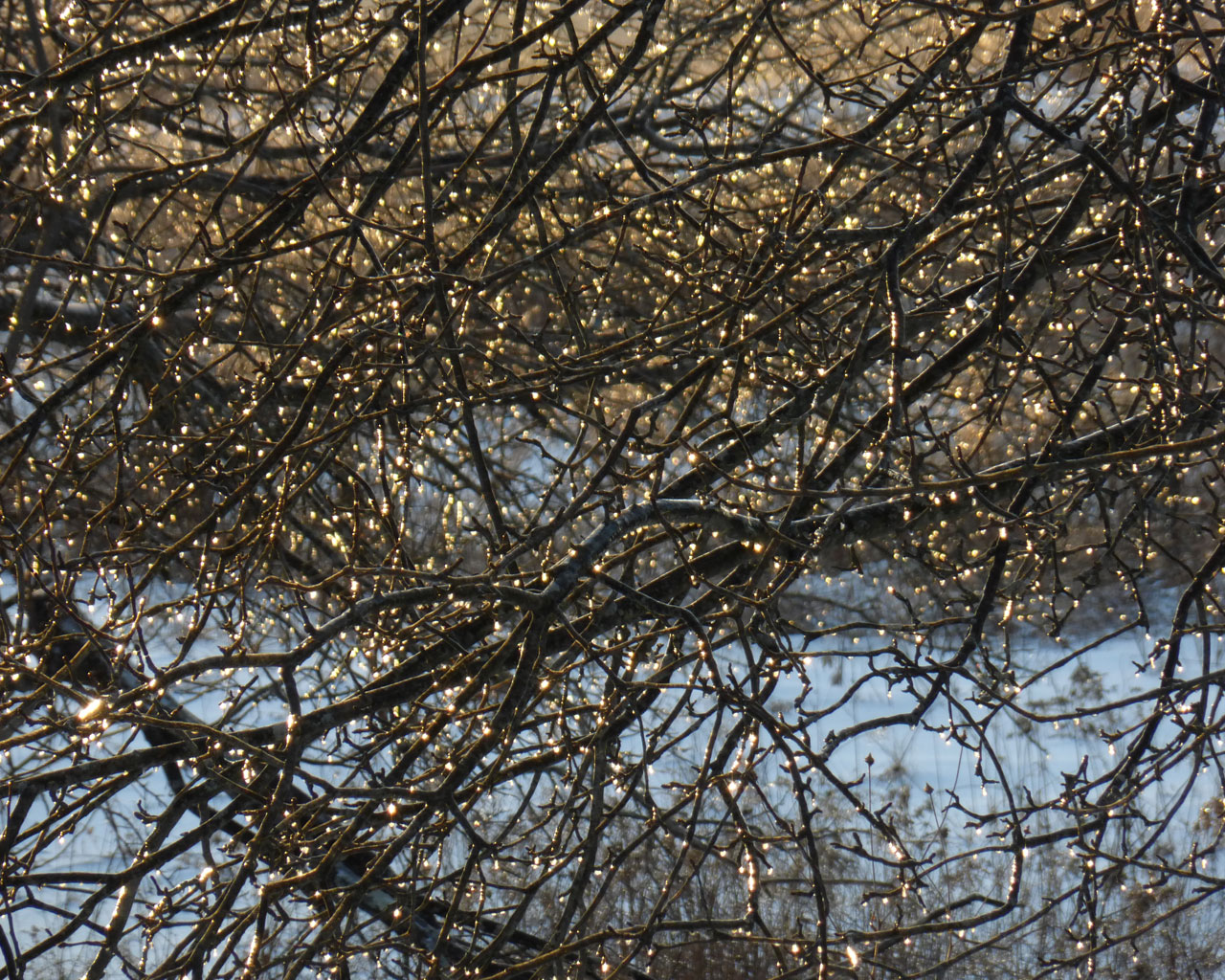 Temperatures have been ranging from -15 to near +50 degrees leaving the tree buds and limbs alternately coated with ice and snow. When the sun illuminates them, the frozen water droplets seem almost as iridescent as pearls.

“I did some math just now and realized that the piece of ice in my hand at 32 degrees, is more than 40 degrees warmer than the current air temperature of – 15.” They smirked, shook their heads, and continued to layer up.

We bundled up and got on the chairlift. By the time I reached the top, the half inch gap between my goggles and hood had let enough air on my cheeks to cause them to burn. I had felt this before, and knew that if left exposed, my skin would soon freeze.

I added my face mask to all my other layers, and set to morning chores.

The weather station on top of the mountain reported -12 air temperature – warmer than the valleys. With the wind sensor frozen, we estimated a 15-20 mph wind consistent with current weather reports.

Soon word came down that given the combination of ice, cold, wind and bad roads, we would close for the day. So, we undid the chores done so far, packed up, and enjoyed the day from inside the home.

Once there, curiosity got the best of me,  so I looked up and found that a 20 mph wind with -12 air temperature resulted in a -37 degree wind chill. The National Weather Service calculates under these conditions, exposed flesh will freeze in less than 10 minutes. My chairlift ride seemed to confirm this.

We had eaten a good breakfast, and layered up in warm technical clothing. Though with preparation, caution and mindfulness we could have stayed outside, it was a nice day to enjoy from the warm side of the windows. 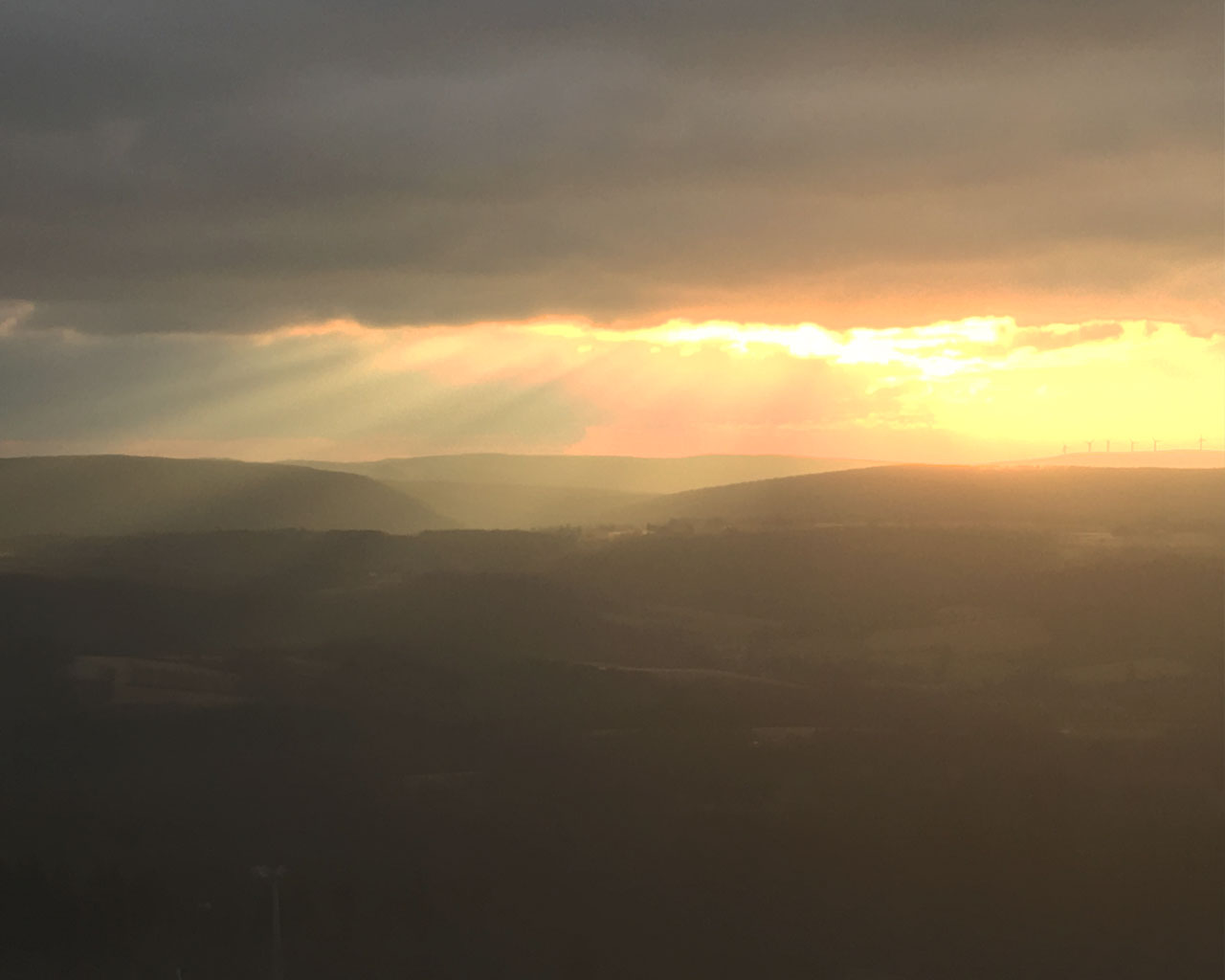 One of the best things about ski patrolling is being on the mountain before the sun rises. Now the days are noticeably  lengthening, and chores are usually concluded after the sun is well up.

Event though no more opening chores remained on the Delaware, I couldn’t help but take another run down that trail to enjoy this spectacular morning. 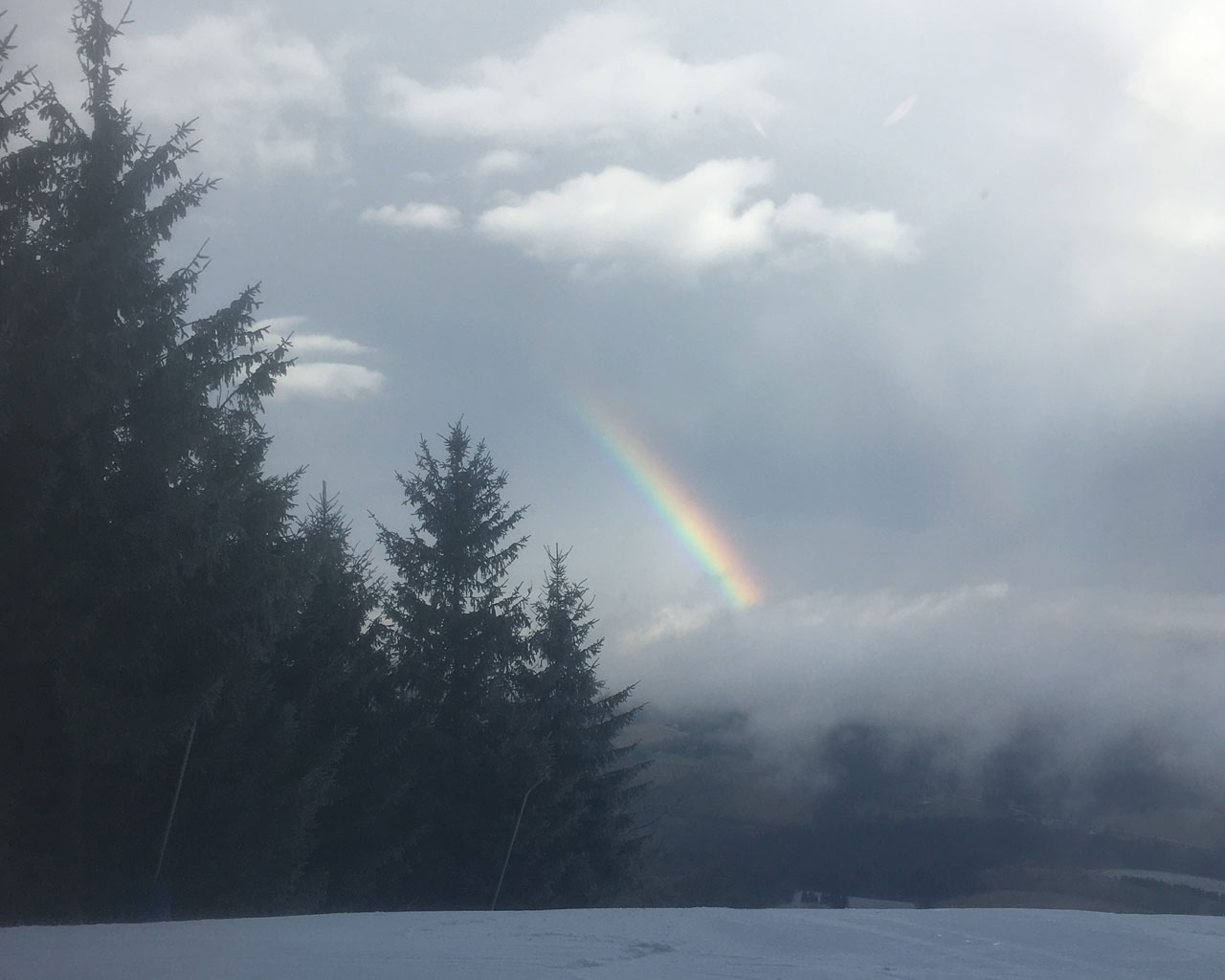 Recently a snowbow was visible for several minutes from the top of Elk Mountain.

All forms of precipitation were in the sky that day: rain, snow and sleet. By the time colors revealed, everything had turned to snow showers.

Later that night while lying in bed alone, I felt a presence in the bedroom. Spirits and deamons have visited before, but this sensation was different.

Soon I thought I was hearing voices. Not like a night the week before when similar sounds were identified by opening a window and confirming that the haunting voices were indeed a chorus of coyotes feeding nearby.

The wind continued to increase, sometimes enough to feel my centuries old wooden home shake.  Then, finally, the rumbles that could have been a truck traveling nearby, or an intruder trying to force entry downstairs, gave way to a sharp, resounding crack.

Night thunder and lightening during a snow fall!

Since then, the damp, anemic weather has given way to proper winter cold.  What I at first felt to be some kind of mystic presence was just a potent change in temperature and pressure.

Sometimes, unusual or dramatic episodes are just what it takes to get things back to normal. 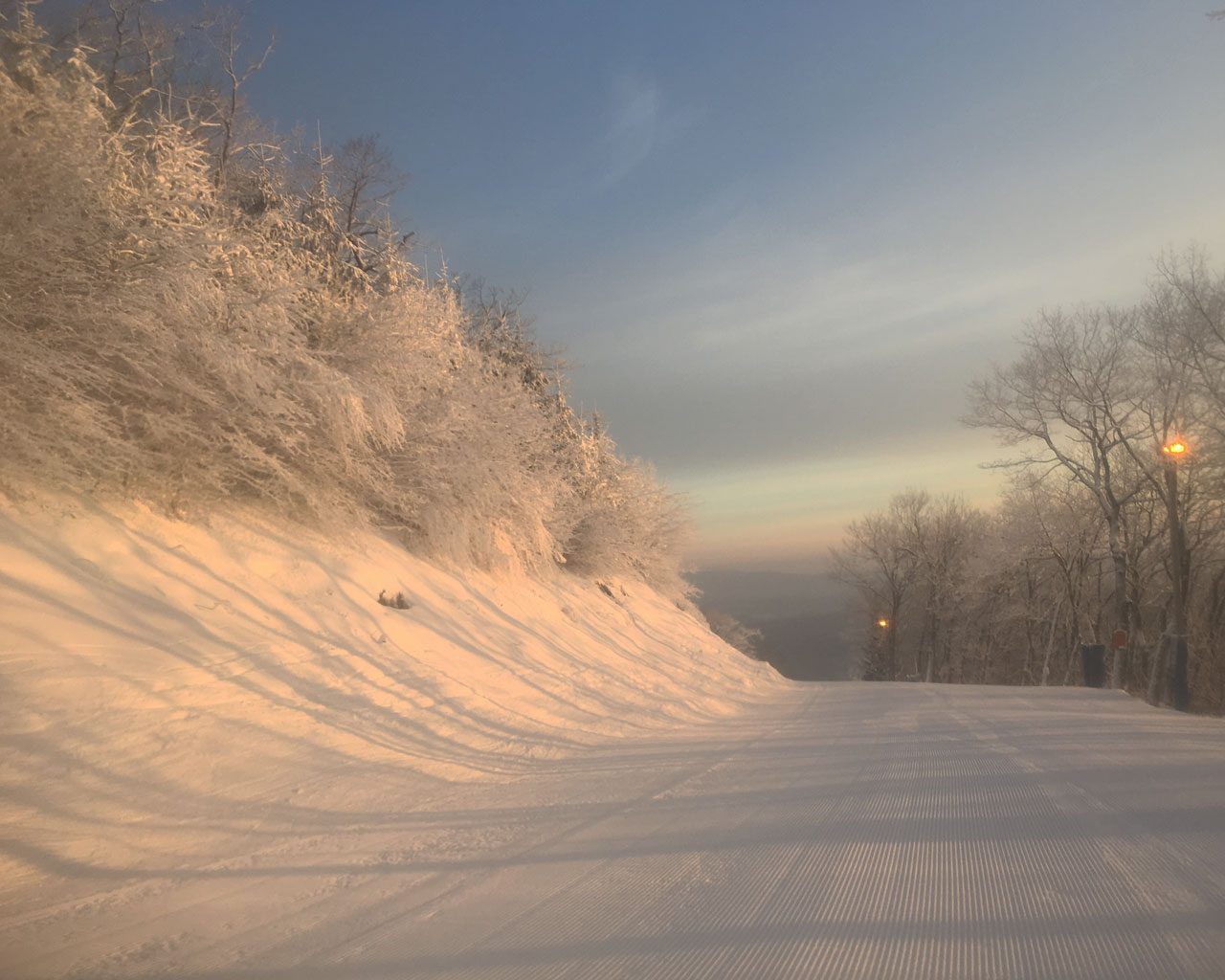 Salmon streaks an otherwise blue hued sky as the Delaware trail on Elk Mountain is opened for the day.