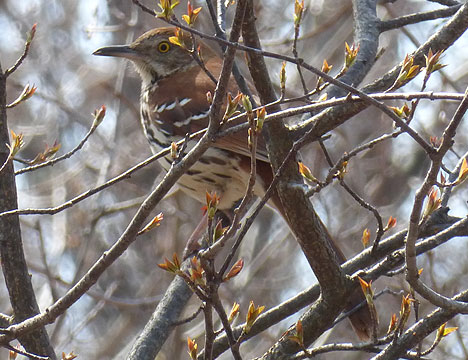 “The Brown Thrasher (Toxostoma rufum) is a bird in the family Mimidae, which also includes the New World catbirds and mockingbirds. The dispersal of the Brown Thrasher is abundant throughout the eastern and central United States, southern and central Canada, and is the only thrasher to live primarily east of the Rockies and central Texas. It is the state bird of Georgia.” 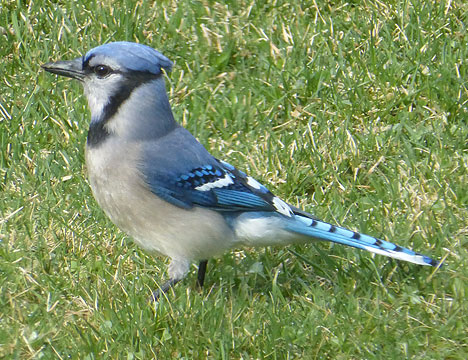 The Cornell Lab of Ornithology reports:

“This common, large songbird is familiar to many people, with its perky crest; blue, white, and black plumage; and noisy calls. Blue Jays are known for their intelligence and complex social systems with tight family bonds. Their fondness for acorns is credited with helping spread oak trees after the last glacial period.” 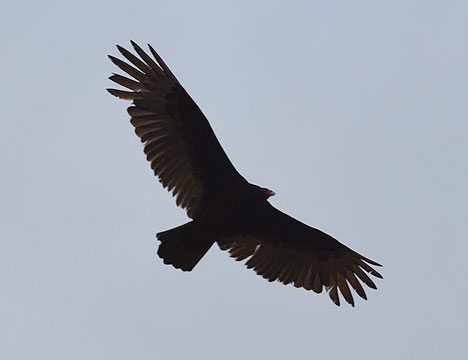 Continuing to search for signs that temperate Spring weather is imminent, eyes to the sky that seek sightings of noble birds of prey find scavengers.

From a distance, these birds are as regal as eagles; with wingspans of up to six feet allowing them to skillfully ride thermals, it’s easy to mistake a buzzard for an eagle or large hawk.

Identified as being nearly exclusive carrion eaters, these beings can cause uncertain feelings being so closely associated with death. Rarely killing their prey themselves, add opportunistic to their dis-attractive red head, and they can easily be seen as undesirable, ugly, ill-spirited creatures.

Yet Wikipedia informs us that ancient people have a considerably different view on these birds whose scientific name is “cathartes aura”: The generic term Cathartes means “purifier”. The species name, aura, in Greek and Roman mythology, is the divine personification of the breeze.

Further, other references note that the Turkey Buzzard is closely associated with renewal, patience, and resourcefulness, and masterful skill in riding the wind currents.

Until the trembling, nearly imperceptible green of sprouts rising from the mud deepens and temperatures warm, it may behoove one to recognize that the process of re-birth from Winter to Spring will proceed on it’s own schedule. It requires us to have faith in renewal, patience until the smell and taste of Spring overwhelms the bland receding Winter.